She’s been arrested over the death of a woman, 79, she allegedly poisoned after they quarrelled.
She’s also suspected of killing a former lodger, 32, at her apartment in 2003, police said.
Babushka Yaga:

She has been given the nicknames Granny Ripper, Grannibal Lector, and ‘Babushka Yaga’ – a terrifying old woman from fairytales.
Some have even called her crimes ‘Nightmare on Dimitrova Street’.
Baba Yaga:

One Russian website said: ‘If the memoirs are correct, the babushka will turn out to be a serial killer on a scale rare for Russia, and her diary a real version of a Stephen King novel.’

Security camera footage aired on state television showed Samsonova, wrapped in a hooded raincoat, dragging a black plastic sack out of an apartment, apparently containing the body parts of her victim, which police found on Saturday.
She cut up the body with a saw and knife and dumped it in her Saint Petersburg suburb, investigators said.
She allegedly, and admittedly, has beheaded and dismembered around 14 people as well as ate some of them.

Police found a sack containing the body without a head or limbs next to a pond.

Samsonova told police she used to work in the Soviet era at a hotel frequented by foreign visitors, now known as the Grand Hotel Europe, Life News website reported, perhaps explaining her familiarity with foreign languages.

At a court hearing in St Petersburg yesterday she told a judge: “I am guilty and I deserve to be punished” before blowing the kiss to assembled court reporters.

When the judge announced she would be remanded in custody she clapped her hands and smiled.

The former hotel worker entered details of her macabre secret life in diaries which she kept in Russian, English and German alongside black magic and astrological books.

Samsonova allegedly had a penchant for gauging out and eating lungs, it is claimed.

It has also been suggested the self-confessed killer gave her final victim, Valentina Ulanova, 79, an overdose of sleeping pills before dismembering her body with a hacksaw while she was still alive.

She was detained after the headless body of Ulanova – for whom she was a carer – was found near a pond on Dimitrova Street in St Petersburg.

Samsonova killed her after a quarrel over unwashed cups, she told police investigating the murder.

Senior investigator Mikhail Timoshatov, said: “Tamara Samsonova says that at first she made her friend [Ulanova] sleep – and then cut her into pieces.’

Samsonova is also suspected of murdering her husband, who she reported missing in 2005.

His body has never been found.

The ‘Granny Ripper’s’ diary excerpts include a chilling confession of murdering one of her former lodgers.

Between accounts of her gruesome killings, mundane details such as ‘Slept badly’ or ‘Drank coffee’, are written on the yellow paper.

Russian officers are now comparing her elaborate diary entries with known cases of unsolved murder cases where victims were dismembered, and body parts packed in bags strewn around the city over the last 20 years.

Speaking to journalists after being remanded in custody, she said: “I knew you would come… It’s such a disgrace for me, all the city will know.”

In a disturbing police video following her arrest, the alleged killer blows a kiss to the camera.

A police source said detectives can’t force her to say where the missing head is hidden.

When Samsonova was questioned by the police again, she admitted to committing the crimes but without going into detail, say reports. And in her flat, police found a saw, a knife, and blood spots in the bathroom.

A source from the investigation said: “She’s either much more stupid, or much smarter, than she seems.” 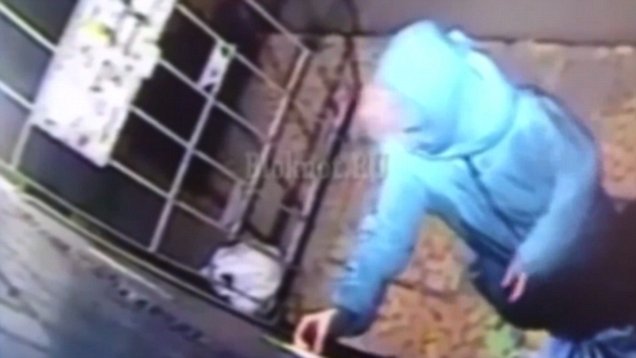 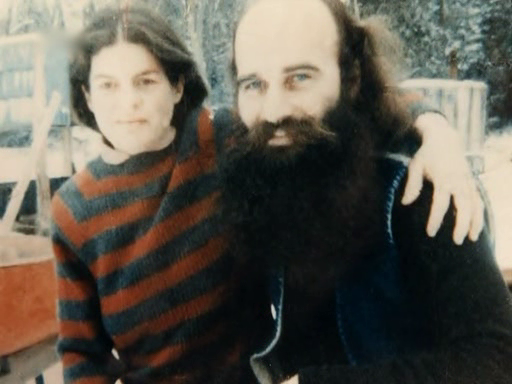 At Dorchester Prison, New Brunswick, an inmate walks up to guards station proclaiming “That piece of shit is down on the range. Here’s the knife, I’ve sliced him up.”. The knife in question was handed to a guard who then went out to see who was ‘sliced up’. There, near his cell was Roch Theriault, a savage wound to the neck. Theriault was serving a life term for the murder of one of his followers back in 1988. Theiault was the leader of the ‘Ant Hill Kids’ cult and not a very nice person.

Theriault formed the cult in 1977 in Ontario, Canada, as a way to bring together a community that would live sin free, listen to his beliefs and speeches and have an existence of unity and equality. That did not last long as Theriault had a drinking problem and became very controlling – no talking between members without his presence, no sex without his permission and no contact with family members from outside the group.

When ‘God’ told Theriault of the impending apocalypse of 1979 (or so he said) the commune was moved to a much more secluded location where things got very bad for his followers. The end of the world never eventuated but still, during the 1980’s Theriault had more than forty followers who obeyed his every whim. Theriault married all of the women and had more than twenty children.

He was very big on dealing out extremely savage punishments for anyone who disobeyed him. He was also quite paranoid and would sometimes physically abuse members because ‘God’ told him they had sinned. He would hit them with belts and hammers. If humiliation was in order he would suspend them from objects and have members perform their bodily functions on them.

But it was on September 28, 1988 that Theriault went too far as seen by his followers. One of his followers, Solange Boilard, complained of a stomach illness and Theriault thought he would deal with it himself, heal her of her sickness.

To begin with he had Boilard lie naked on table where she was punched in the stomach before having her abdomen cut open. Theriault then ripped out part of her intestine with his bare hands before he had another member sew her up. Solange died from this ‘procedure’ but Theriault figured he could resurrect her.

*Warning: Graphic – The attempted resurrection process was even more ghoulish than the operation procedure causing the death. He drilled a large hole into Boilards skull and then sexually assaulted the cavity along with other male members. Boilard was then buried but Theriault kept one of her ribs to wear around his neck.

It was at this point many members of the group began to fall to the wayside, questioning their loyalties, but none left. Well not immediately anyway. It was not until 1989 that the outside world learned of what was taking place within the ‘Ant Hill Kids’ when Theriault applied a welding torch to another member, Gabrielle Lavallee’s genitals, forcibly removed some of her teeth with pliers, had a finger cut off and then had her arm amputated.

It was at this point that Lavallee fled the cult and reported their activities to authorities.